When I wake up at 5 am
to meditate and reflect

The whole world is different
as I move throughout my day

When I use my datebook
and follow my schedule

Things get accomplished
and my life is in order

I look better, I feel better
and people ask me how do you do it

If I chant my mantra
as I go about my way

I float through life
like nothing can touch me

When I am true to myself
and charge the right price

The job is heavenly
and I enjoy the work

If I embrace the moment
as part of a beautiful plan

I can see things
more clearly than before

If I ask for guidance
and trust the Universe

An answer shows up
in a miraculous way

When I trust the Universe
and follow the signs

magic occurs and
I am surprised every time 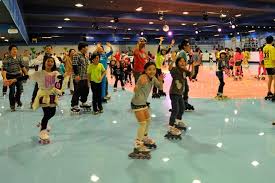 I took my son Jordan roller skating Tuesday. It was his first time, and he had some difficulties. He fell quite a bit, but was determined to learn and kept trying. By the end of the session, he was frustrated, but in time, said that he would go back later in the week. I was glad to hear this, because we were trying to get him ready for a birthday roller skating party he was going to attend on Sunday.

Later this same evening, I was surprised to walk in his bedroom and see a cartoon on, with Mickey Mouse and friends rollerskating. Jordan was laughing and talking about them skating. I asked him if liked the idea of skating now. He said yes. He was looking forward to going again in a couple days so he could practice for the party. I told Jordan that this was no coincidence us seeing this cartoon right after he went skating for the first time. He asked me “What does coincidence mean?” I gave him a couple of examples, and then told him that “Coincidences are part of the magic of the Universe. They look like accidents, but are planned for us to get something out of them”, like the cartoon showing up to make skating look so fun right after him having such a difficult first try. It gave us another chance to talk about how with practice it will be a lot of fun, and how it is OK to fall.

Jordan agreed. He then told me about a time in which he and his friend just happened to be reading the same book at the same time. He felt like this was magical and looked like an accident, but it must have been planned by the Universe also, because it gave them a lot to talk and laugh about. I agreed.

P
eople can lie to you if they like, but the laws of the universe never lie. One of those laws is, “Birds of a feather flock together”. In order for people to remain in one another’s orbit for any significant amount of time, there must be some common ground or intersection for those involved. Once we realize this, we can tell a lot about people and even ourselves by the company we keep. If you want improve yourself, at some point you may have to change who you spend your time with.

On the spiritual path we should make it a point to be around people who are positive minded and moving in the direction in which we want to go. If we don’t know enough people like this, then we should read books, listen to music, and watch movies by these kind of people and about their lives. Soon we will find ourselves surrounded by them, and in no time we become one of those people we admire.

From the book Wise Words by Craig Kimbrough

W
hether it is the answer that mysteriously reveals itself in your world, a sign telling you which direction to go in, or the help that arrives from the unexpected place, do not limit how God and the Universe shows up in your life. Many times God has a sense of humor and comes into our lives in the way that we least expect. The more we understand this concept the more we will see miracles and magic in our world.

From Thirty Days of Metaphysics and Miracles