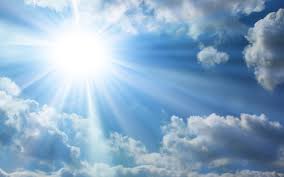 What does Craig Kimbrough look like? Do you know? What is his focus? What is his life about? Why is he in the world? How old is he? What has happened throughout his life?

What does Craig Kimbrough look like?  Is he in an adventure? Is he alive and loving life? or is he just existing? What kind of character is he?  What is he doing on the world stage right now, while the movie is going on? Does he realize that he is in a movie?  Whether it is consciously or subconsciously does he know this on some level?  If he knows this on some level is he giving it his all? Is he playing his part to the fullest?

Is he being the person he knows he can be?  Is he being the person who those who believed in him always knew he could be? Is he showing those who didn’t believe in him who he can be?  Is he remembering that he may have to show them, but it is not even about that?  Does he realize that it is not about the ego side of showing them, it’s about them seeing who he can be because God wants them to see his story, where his potential life comes through?

Is he living his potential life?  Is he constantly moving from where he is to where he could be? Is he moving from simply just being a man to a more just than a just a man,  an exciting character, a light, an example an inspiration?